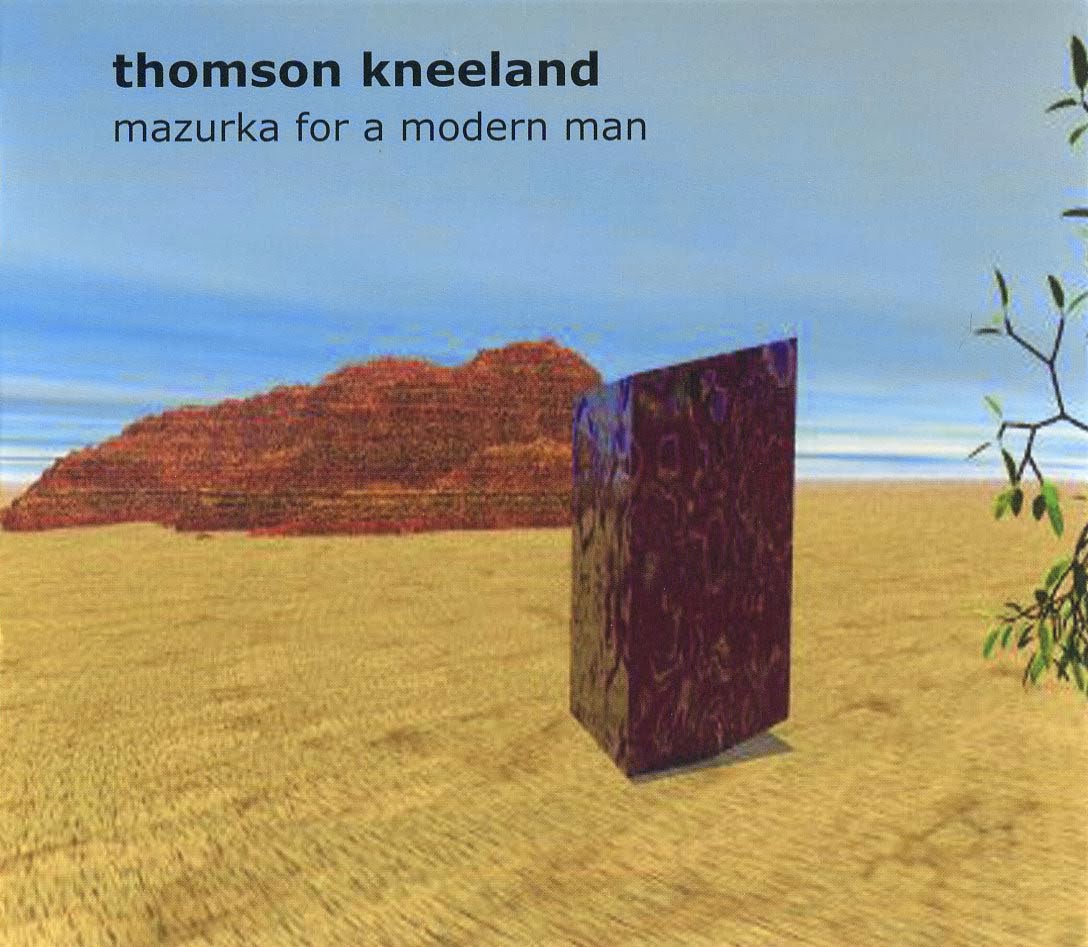 First, let's get this out of the way. Thomson Kneeland is a friend; we played for some time together in Shenole Latimer's quartet. I feel no awkwardness in giving a rave review - I have hundreds of friends with albums, many very good! but few inspire me to convey thoughts on them immediately after the first pass.

As the artwork suggests, the colors of this collection leave you with an overall positive, bright feeling; not to say there aren't pensive or even sad moments. I am generally not fond of jazz fused with Eastern European music. Instead of smitten aping, however, Thomson fully internalizes the rhythms and scales, making it a genuinely personal, enjoyable expression. Jazz remains the predominant influence on the compositions, which boast strong, appealing melodies and a wonderful sense of form. Everything is on a high level, including the taste factor. These are incredibly serious cats, but nothing is over-dazzling or accomplished for the sake of it. Every solo is rewarding on pure emotional levels as well as harmonically and technically.

Djs and humans alike will be grateful that not every track is 8 minutes or longer. That said - my favorites were the long ones (which seemed to go by rather quickly). "Hyperion", "Dithyramb" and "Nebuchadnezzar" as well as the opener "Ashlayah" sport thrilling moments from Thomson (bass) and the late Take Toriyama (drums). Nate Radley's sound as well as his feel are the icing on the cake. David Smith's trumpet tone is clear and honest, providing a certain starkness and haunt to the proceedings.

If you are looking for something new & different in your jazz listening, this is a 10 out of 10. "Mazurka..." has plenty of intricacy and interest, along with blissful moments of repose. You won't need a music degree to appreciate it and you won't need a nap afterwards. Still, one is left feeling the partakement (new word!) of something with fantastic substance. - Kendo